If we talk about the most beautiful Pakistani actresses. So one of them is the name of actress Naimal Khawar Khan. She was born on November 17, 1993, in Peshawar. But she grew up in Islamabad. Naimal Khawar Khan belongs to a Pathan family. That’s why she looks so beautiful and fit.

Naimal Khawar is the wife of Hamza Ali Abbasi, She got married in 2019. And their wedding was well-received on social media and television. And their pair was declared the best couple of Pakistan Showbiz. But soon after the marriage, Naimal Khawar apologized for working in showbiz. And she said goodbye to his acting career forever. Why did she do that? No explanation was given. But it seems she wants to give her married life a good time. Immediately after this news, a similar announcement was made by her husband Hamza Ali Abbasi. That he is also taking a break from showbiz for a while.

Soon after the marriage, Naimal Khawar and Hamza Ali Abbasi became the parents of a child. Naimal Khawar’s son’s name is Muhammad Mustafa Abbasi, who much beautiful as her mother and father. Naimal shares her son’s photos on her Instagram account.

But in today’s article, I am going to share with you some amazing pictures of Naimal Khawar and Hamza Ali Abbasi. Because after getting married, and later becoming a mother of a child, Naimal Khawar has become quite fat. But let me share with you one thing, that as she got fatter, she became more beautiful. All these pictures are from the wedding of Nemal Khawar’s sister Fiza Khawar.  So let’s take a look at these pictures.

How do you like the latest photos of Nemal Khawar and Hamza Ali Abbasi? Be sure to leave your feedback in the comments section. Thnaks! 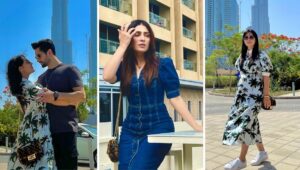 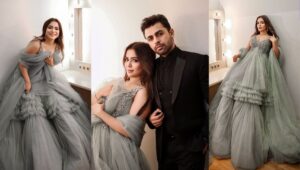 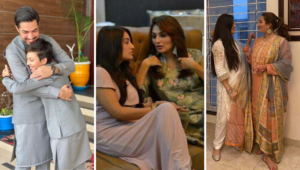