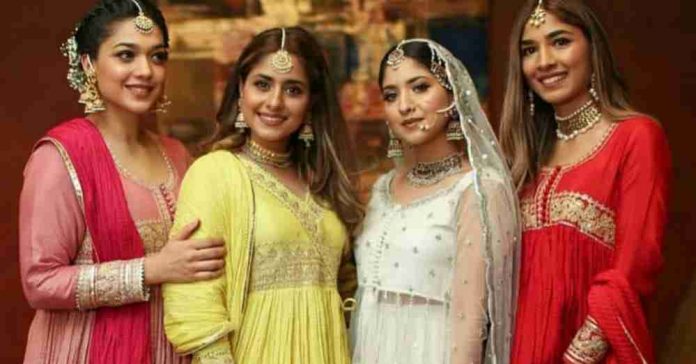 Have you seen Sanam Jang sisters? In this post, I am going to introduce you to the Sanam Jung’s sister Sonia Jang.

Sanam Jang is one of the leading actresses in the Pakistani drama industry. As well as being a good actress, she is also a great host. Sanam acted in many dramas and showed off her talents. And also hosted the Hum TV channel’s morning show, Jago Pakistan Jago.

Sanam has three sisters. Sanam herself is the eldest sister. A few days ago, actress Sanam Jang’s sister Sonia Jang tied the knot. Sonia Jang is the youngest sister of Sanam Jang. Sonia Jung’s marriage was solemnized in Karachi with the participation of close relatives. At the moment of Sonia Jang’s Rukhsati, Sanam Jang cried a lot and said goodbye to her dear little sister with good wishes and prayers.

A lot happened last week, and now that all the work is finally done, I would like to share a glimpse of it with all the fans and add all of you to my happiness.

Sanam Jhang said, Sonia Jang, is my youngest sister. And my father was always worried about her marriage. Sonia’s in-laws are very nice people, and Sonia Jang’s husband was her classmate in college.

Sanam added, “We have married Sonia, but now it is understood that we have done it very soon because Sonia Jang is the youngest of us all.” She lived mostly at home, she was a playful girl and because of that, she was very popular in our house. So today, we all miss Sonia very much. But I pray, she always keeps being happy. 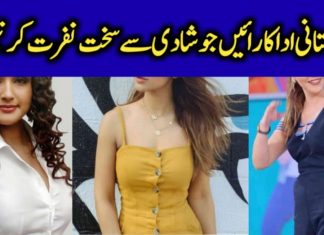