Saboor Aly is a beautiful Pakistani actress. She has been a part of many Pakistani dramas and won the hearts of millions with her unparalleled performance. She entered the Pakistani showbiz industry in 2011. Her first drama was Mehmoodabad Ki Malkain, which aired on ARY tv. Saboor started her acting career as a supporting actress, Later she seemed in lead roles in different dramas.

Saboor Aly is also the sister of renowned Pakistani actress Sajjal Ali. She has recently got engaged to actor Ali Ansari, who is the brother of well-known actress Maryam Ansari. If we talk about her age, She is 26 years old. Saboor Aly was born on 3 March 1995 in Lahore, Pakistan. She has two siblings, a sister, and a brother.

Rumors are circulating that the two will tie the knot later this year. Nowadays, both Saboor Aly and Ali Ansari have set out on a tour of the northern areas of Pakistan. Where they are having a good time together.

The beautiful couple has also shared pictures of their precious moments with the fans. In the viral pictures, it can be seen that She is very happy with her fiance. So let’s take a look at the pictures of Saboor Aly and Ali Ansari. 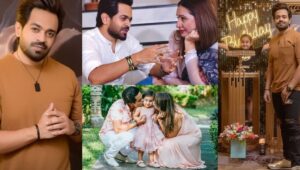 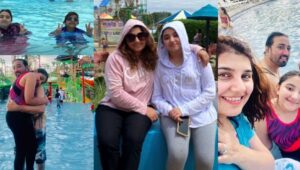 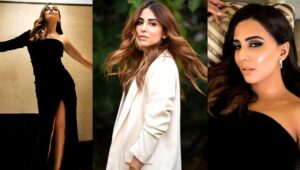