Nida and Yasir hugged each other on the beach, celebrating their 20th wedding anniversary in a style. The couple has been making the social media rounds recently with many impressive pictures.

Nida is one of the most proficient and hardworking actresses in Pakistan. Her credits include various dramas. However, she’s more famous for presenting the morning show.

Aside from her acting skills, she is also beautiful and has a great attitude toward life. Throughout the show, she talks about her life experiences and life lessons. This makes Nida such a favorite among Pakistanis because she has such a strong connection with her viewers.

Nida and her husband Yasir were recently spotted enjoying the beach as they celebrated their 20th wedding anniversary. Several pictures of the couple have gone viral, showing them in matching white dresses.

Nida and Yasir wed in 2002, and both are well-known actors, producers, and directors. Both have three children, two sons, and a daughter. Recently, Nida shared many delightful photographs on social media. The couple looks to have had a lot of fun. Have a Look!

Would you consider them to be a perfect couple, do you not consider them to be one? How did you feel about them? Tell us in the comments section below. We also invite you to subscribe to our Google News feed for showbiz updates and stories about actors. Furthermore, you can read the latest showbiz news and stories on our website, or follow us on Facebook. 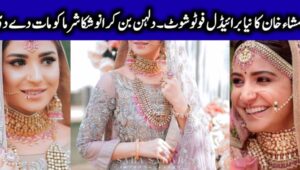 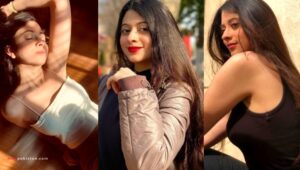 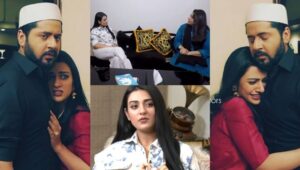