Momal Sheikh is the daughter of renowned Pakistani actor Javed Sheikh and has been part of the showbiz industry for almost fifteen years. She married Nadir Nawaz Sheikh in 2012 and they had their first child a few years after the marriage.

Momal Sheikh also acted in Bollywood films including Pakistani dramas and films and she also showcased her talents in fashion and modeling.

Today, Pakistani Actress Momal Sheikh has announced the good news of the birth of her daughter to her followers. Momal wrote in her Instagram post.

“I am happy to announce that by the grace of Allah, a new member has been added to the Sheikh / Nawaz family,”

Momal told fans that her daughter named Alyeha Nadir Nawaz, Who was born to him on 20th August 2020. Alyeha Nadir Nawaz is actually her second child. Momal’s first child is her son Ibrahim. Which is now five years old.

Momal’s son Ibrahim is also very happy about the arrival of his younger sister. Momal Sheikh appealed to his fans to remember her daughter and her family in their prayers.

Momal also shared a photo of his newborn daughter on Instagram. In the photo, Momal is holding his daughter’s little hand. The actress clarified in a post on August 31 that her daughter was born on 20th August 2020 last week.

By the grace of Allah, I am proud to announce an addition to the Nawaz/Sheikh family! Please welcome my baby sister, Alyeha Nader Nawaz, born on 20.08.20 Please keep my family in your prayers. Proud and super excited big brother, Ibrahim Nader Nawaz 🧿💙

Famous Pakistani showbiz personalities congratulated Momal on the birth of her daughter and prayed for her and her daughter’s health. 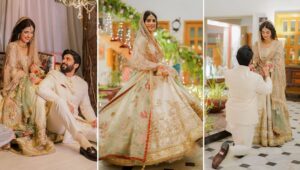 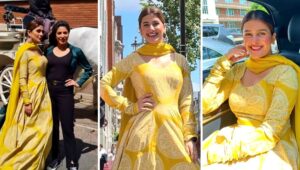 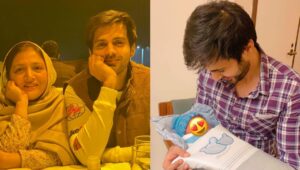