Yumna Zaidi is among the most beautiful Pakistani actresses today. Her work ethic makes her a valuable asset in the entertainment industry. She made her acting debut in 2012 and has appeared in several TV drama serials since. Today, we will meet the Yumna Zaidi family, her mother, father, sister, and brother. She is beautiful and kindhearted like her mother.

Yumna Zaidi resides in Karachi with her family. She was born on 30 July 1989 in Lahore, Pakistan, and raised there. Her family background is of Punjabi speakers. But she moved to Karachi with her entire family when she was just starting her career. Yumna belongs to a Muslim family. Her desire to pursue a career in show business stems from her being the first member of her family to do so. She completed her master’s in interior design. Then she began her initial career as Radio Jockey.

Yumna began her acting career as a supporting actress in In 2012. Her first drama serial was Thakan which aired on ARY Digital. She has established herself as one of the top television actresses in the drama industry. She has portrayed a wide range of characters from social dramas to romances and earned a loyal fan base. Yumna is very popular among her fans and many of them wish to learn more about her family, mother, sisters, and brothers. Here is what we found in the Yumna Zaidi family tree?

According to the sources, she is the third child among her siblings. Yumna has two eldest sisters and a younger brother. They all live active, healthy lifestyles with their families. Recently, Yumna shared a picture of herself with her siblings. In the picture, she looks very adorable to her siblings. She maintains a close relationship with her sisters and brother.

Yumna Zaidi’s father’s name is Zamindar Zaidi who was a businessman by profession. But she lost her father in June 2019. Her father had a high sense of responsibility and dedication towards raising his children and was a loyal man.

Who is The Mother of Yumna Zaidi?

Yumna Zaidi is the daughter of Shabana Naheed Zaidi. She is a pretty housewife as well as a caring mother. Shabana Naheed Zaidi was born and raised in Arif Wala, Pakistan. After the death of her husband, Shahbana Naheez Zaidi became a courageous woman. She encouraged her daughter to pursue her dreams and enter the show business field.

Furthermore, Yumna loves her mother and wants to spend as much time with her as possible. She has always admired her mother a lot. She even credits her own success to her mother. Enjoy these pictures of Yumna Zaidi and her mother spending time together.

Is it easy for you to meet with Yumna Zaidi family members? Can you tell me something special about your parents? If so, please feel free to share it in the comments section below. We also invite you to subscribe to our Google News feed for showbiz updates and stories about actors. Furthermore, you can read the latest showbiz news and stories on our website, or follow us on Facebook. 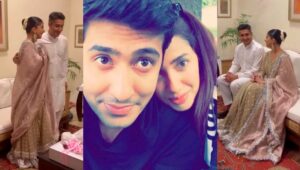 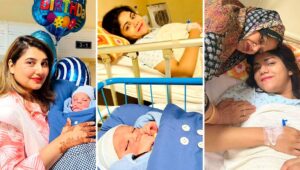