Both Ayesha Omar and Ahsan Khan have made a name for themselves as on-screen stars in Pakistani cinema. Ayesha has a variety of styles that appeal to a large audience. As a model, her work has appeared in numerous media outlets and magazines.

Currently, she is promoting her upcoming movie “Rehbra” with Ahsan Khan. In the movie, she represents Pakistani and Punjabi culture and traditions. The movie also featured Ahsan Khan in the lead role. The film is expected to be released during Eid al Adha 2022.

In a grocery store, Ayesha Omar and Ahsan Khan shoot the movie poster for their upcoming film. Ayesha sat in a light gray Cinderella dress while Ahsan was in the trolley. You can watch this clip to see the chemistry and bonding of this on-screen couple.

A post shared by All Pakistan Drama Page (@allpakdramapageofficial)

Feel free to share your thoughts about the story in the comments section below. We also invite you to subscribe to our Google News feed for showbiz updates and stories about actors. Furthermore, you can read the latest showbiz news and stories on our website, or follow us on Facebook. Thanks! 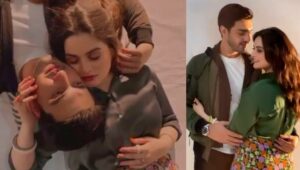 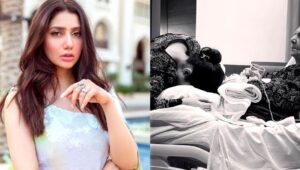