The stunning actress Sonia Mishal went on a honeymoon trip to Turkey with her husband. She tied the knot with Tallal Soofi earlier this year in a dreamy Nikkah ceremony. She is a talented star who began her career as a fashion model. Her acting debut came in the drama serial Ishqaway in 2015. Along with her acting career, she has appeared in numerous fashion shoots for leading clothing brands.

Sonia most recently appeared as Kiran in the drama Sinf-e-Aahan, for which she has received high praise. Through her brilliant looks and tremendous talent, she has gained millions of followers. Nowadays, she is regarded as one of the leading actresses in the Pakistani drama industry.

Currently, Sonia Mishal and her husband Tallal Soofi are spending their honeymoon vacations in Turkey. The couple also has a lot of fun together. Her Instagram account recently offered a glimpse into her recent trip to Turkey. The actress shared some breathtaking images with her husband from Turkey, leaving fans in awe. It’s quite apparent that the couple spent some quality time together while exploring the amazing regions of Turkey. Check out some of these cute pictures of Sonia and her hubby!

What do you think? Are you a fan of Sonia Missha and are you following her on social media? Let us know in the comments. We also invite you to subscribe to our Google News feed for showbiz updates and stories about actors. Furthermore, you can read the latest showbiz news and stories on our website, or follow us on Facebook. 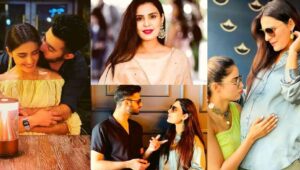 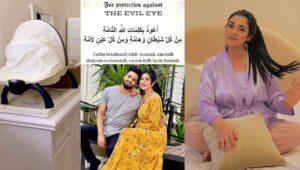 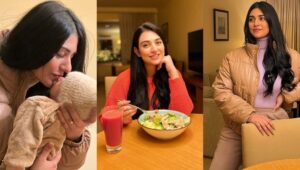