Qissa Meherbano Ka is a new drama serial of Hum Tv. Its story is full of family problems, lies, love angles, and deceit. The drama will be started in August 2021 on Hum Tv. Qissa Meherbano Ka drama cast includes Mawra Hocane, Ahsan Khan, Zaviyar Noman, Mashal Khan, Mohammad Ahmad, Khushhal Khan, and other famous stars. All The Drama cast is very talented. But, In this drama, Qissa Meherbao Ka, you will also see some new faces in which Zaviyar Noman is the top. He is the son of famous Tv actor Noman Ijaz. The drama story is written by Fakhra Jabeen and directed by Iqbal Hussain. So let’s have a deep look at Qissa Meherbano Ka drama cast, characters, and other details.

Mawra Hocane is playing the role of Meherbano in Qissa Meherbano Ka. She is a superb and talented Pakistani actress. Mawra has been working in the Pakistan drama industry since 2012. She has worked in many dramas. Her other dramas include Sabaat, Haasil, Daasi, and Sammi. She is an advocate in real life and also the younger sister of famous Pakistani actress Urwa Hocane. She was born on 28 September 1992 in Karachi. As of 2021, She is 28 years old. Mawra Hocane is single and has not any interest in getting married yet. Marwa Hocane is very active on social media. Her Instagram handle is mawrellous. She has more than 6.7 million followers on Instagram.

Ahsan Khan is a famous Pakistani film actor and a good host. He is playing the role of Murad Ali in the drama serial Qissa Meherbano Ka. Ahsan Khan started his film career in 1998 and has worked in many Pakistani movies. Later, he moved on the Tv screen. He has appeared in many dramas like Alif, Bandhay Aik Dor Say, Haasil, and Udaari. Most recently, he has seemed in the drama serial Qayamat alongside Neelam Muneer. Ahsan Khan was born on 9 October 1981 in London, England. As of 2021, He has turned 39 years old. Ahsan Khan has 664k followers on Instgram. His Instagram handle is khanahsanofficial. Ashan Khan is married and has three kids, two sons, and a daughter. His wife’s name is Fatima Khan. Here I have collected the beautiful family pictures of Ahsan Khan. Let’s have a look at it below.

Areej Mohyudin is a beautiful Pakistani actress with curly hair. Also, she has attractive eyes. She is one of those Pakistani actresses who has won millions of hearts in a very short time. Areej Mohyudin is playing the role of a girl named Noor in Qissa Mehebano Ka. She is 24 years old and she is unmarried. If you want to know more about her mother, father, sister, and brothers, read this page Areej Mohyudin Biography. She has more than 90k followers on Instagram. She likes to share her latest pictures with her fans. Her Instgram handle is areej_mohyudin.

Mashal Khan is also part of the cast of the drama Qissa Meherbano Ka. She started her acting career in 2018. Her debut drama serial was “Suno Chanda” with Iqra Aziz and Farhan Saeed. Most recently, She has appeared in the drama serial Parizaad with Ahmed Ali Akbar. If you want to meet her family like her younger sister, mother, & father, read this article Mashal Khan Biography here. otherwise, She is 30 years old, born was in Karachi. Her famous dramas include Thora Sa Haq, Dulhan, Suno Chanda, and Suno Chanda season 2. She is a virgin and has no interest in getting married yet. Mashal Khan has a verified Insta profile with more than 899k followers, Her Insta handle is mashalkh.

Khushhal Khan is an emerging Pakistan actor and model. He started his career with modeling, Later he moved to the acting field in 2021. Besides, He has won the Hum Style Award for the best rising male model in 2021. He is 22 years old and unmarried. His best dramas include Lekin, Dil e Momin, and Aik Hai Nigar. If you want to know more about him, check out Khushhal Khan Biography here. His Instagram handle is khushhalk.

Zaib Rehman is a Pakistani actress and a lawyer. She started her acting career in 1975 with the famous Tv serial Andhera Ujala, aired on PTV. She has worked in a few dramas only. Zaib Rehman is 62 years old, belongs to Bahawalpur. Her Instagram handle is zaibrehman57.

Hassan Noman is a Pakistani actor and the son of actor Rasheed Naz. He has worked in many dramas. And now, He is a pretty part of the drama serial Qissa Meherbano Ka. Most recently, He has appeared in the drama serial Tanaa Banaa in the role of Shahid. Hassan Noman is 42 years old. He is married and the father of two daughters. His wife’s name is Madiha Rizvi, also an actress.

Laila Zuberi is a wonderful actress. She has worked in a lot of drama serials. Also has performed in a Pakistani film “Teri Meri Love Story” in 2016. And now, She is a pretty part of the drama serial Qissa Meherbano Ka. Laila Zuberi is 64 years old. Her Instagram handle is leylazuberi.

Ghazala Kaifi is a very talented Pakistani actress. She belongs from Karachi. Ghazala Kaifi is known for her excellent acting skills. She has worked in a lot of dramas. She is 66 years old. These days, she is coming in the drama serial Qissa Meherbano Ka.

So guys! how do you feel to meet Qissa Meherbano Ka drama cast? Share your thoughts with us in the comment section below. 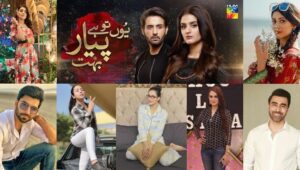 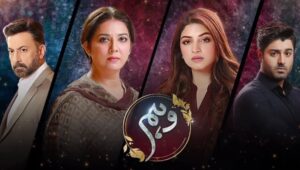 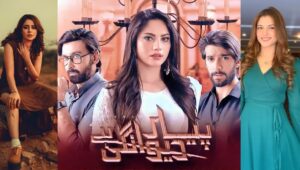