Mushkil is a new Pakistani drama that will be aired on 23rd July in the year 2022 on Geo TV. The drama has an ensemble cast of talented actors and actresses, and the story is sure to keep viewers hooked. Take a look at the Mushkil drama cast, their names, pictures, and a little bit about the story.

The Cast and Crew of the Drama:

The cast of Mushkil includes some of Pakistan’s most popular television actors and actresses. The lead role of Mushkil will be played by Saboor Aly, who is best known for her roles in dramas like Nehar and Amanat.

Khushhal Khan is also cast in Mushkil. Known for his role in the drama serial Bebasi, he is one of the most promising upcoming actors in the field of theaters now.

Mushkil drama cast also includes many other well-known actors and actresses such as Laila Wasti, Behroze Sabzwari, Saife Hassan, Shagufta Ejaz, and Ismat Zaidi. We are going to explore the cast and crew details of the Mushlik drama, so let’s take a look at it!

The drama is directed by Marina Khan and written by Adeel Razzak. While this drama is produced by Abdullah Kadwani & Asad Qureshi under the banner of 7th Sky Entertainment.

The drama cast boasts a large number of renowned actors and actresses. Below is the list of the confirmed cast members for the Hum TV drama Mushkil.

The dramatic story of Mushkil revolves around the life of Sameen, played by Saboor Aly. There is a mixture of suspense, hate, love, feelings, and entertainment that make this genre a brand new one, with many twists and turns along the way.

The Mushkil drama revolves around the lives of three characters who come together to make a story. In the drama, you will see a heart-to-heart romance between the lead cast Saboor Aly, Khushhal Khan, and Zainab Shabbir.

Mushkil Drama is a must-watch for all the fans of Pakistani television. Currently, the drama airs every night at 9:00 pm on Geo TV.

Here we provide you all information on Mushkil drama cast members such as their real-life pics, age, married status, social media handles, and recent dramas in which they appeared. So don’t forget to check it out!

How did you feel about meeting the Mushkil drama cast? Tell us what you think in the comment section below. We also invite you to subscribe to our Google News feed for showbiz updates and stories about actors. Furthermore, you can read the latest showbiz news and stories on our website, or follow us on Facebook. 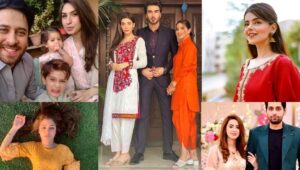 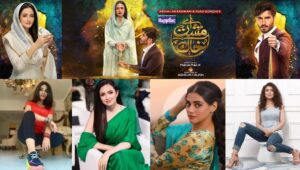