If we talk about some of the biggest actors in our media industry, Aiman Khan & Minal Khan are at the top. They are twin sisters. In the early days, it was very difficult to recognize the two of them. They both look exactly the same. After marriage, Aiman Khan has become a bit fat while Minal Khan still looks the same.

A few days ago, Ahsan Mohsin Ikram and Minal Khan have revealed their wedding card on social media. According to the wedding card, both will tie the knot on September 10, 2021. In June 2021, the couple exchanged the rings in a great engagement ceremony.

But in today’s article, We will see that the wedding ceremonies of Minal Khan have started. Aiman Khan has arranged a bridal shower for his twin sister. Which, Some famous actresses who participated include Saboor Aly, Kinza Hashmi, social media star Dananerr. Everyone wore the same black dress. While the bride Minal Khan wore a peach-colored dress. She all looked very happy.

There are only a few days left in the wedding of Minal Khan. Aiman Khan wants to make her twin sister’s wedding a memorable event. On the other hand, fans of Minal Khan and Aiman Khan are requesting them to perform the marriage very simply. Because this is the first happiness in their house after the death of their beloved father. 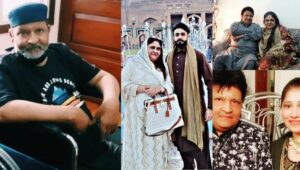 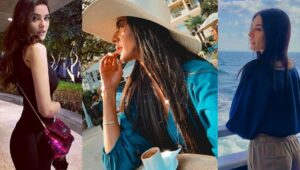 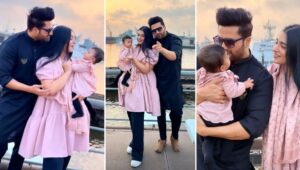