Ushna Shah has officially confirmed her relationship with golfer Hamza Amin. The news comes as a surprise to many, as the two have kept their relationship relatively private up until this point.

Ushna Shah is a well-known name in the entertainment industry. She has worked in many popular dramas and films and is loved by fans for her great acting skills. Hamza Amin, on the other hand, is a professional golfer.

The two met each other through mutual friends and soon hit it off. They have been dating for a while now and seem to be very happy together.

Ushan Shah took to her Instagram account to share a series of photos of the two of them together, captioning the post with a heartfelt message about how much Humza Amin means to her. In her post, she tagged him and wrote;

“Could you be my escort cause just like them two-door Fords, damn they don’t make ’em like you no more?”

On the other hand, Hamza Amin also took to his own Instagram account to share a photo of the two of them together, writing in the caption; “Found a Mäuschen, took her to Velden” as well as tagging Ushna.

This is the first time that Ushna Shah has publicly revealed that she is in a relationship with Hamza Amin. She has always kept her personal life private but it seems like she is ready to share her happiness with the world. Hamza Amin is a professional golfer and the son of Asia Pacific Golf Federation Chairman Taimur Hassan Amin.

The news of Ushna Shah and Hamza Amin’s relationship comes as a surprise to many. Until now, the two have kept their relationship relatively private. Their relationship seems very happy, and it’s obvious they love one another a lot. We have included some lovely photographs of the beautiful couple:

We wish Ushna Shah and Hamza Amin all the best in their relationship. They have a bright future ahead of them, and we look forward to seeing what they accomplish!

Feel free to share your thoughts about the story! We also invite you to subscribe to our Google News feed for showbiz updates and stories about actors. Furthermore, you can read the latest showbiz news and stories on our website, or follow us on Facebook. Thanks! 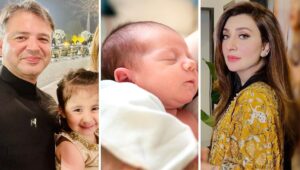 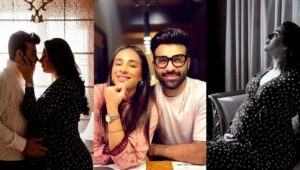 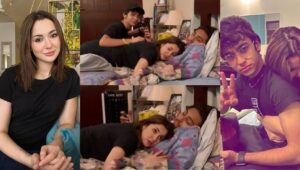