Here is the big news that Sanam Chaudhry left showbiz for Islam. She was a very talented Pakistani actress. Sanam Chaudhry has worked in many dramas, But she was best known for her drama serial Aasmano Pay Likha. She got married to Somee Chohan, a well-known Pakistani singer, in 2018. Since the marriage, she had taken a break from acting. But today, Sanam Chaudhry has announced that she is quitting acting forever. After which a wave of happiness run among her fans and followers.

Since the marriage, She had shifted abroad with her husband Somee Chohan. The couple has blessed by ALLAH with a baby boy named Shahveer Chohan in 2020.

Sanam Chaudhry has shown the essence of her excellent acting in many dramas. Her famous dramas include Ghar Titli Ka Par, Kitni Girhain Baaki Hain, Bedardi Saiyaan, Ab Dekh Khuda Kya Karta Hai, and Meer Abru. Besides, she has appeared in Pakistani movies. She was nominated at the 3rd Hum Awards in the Best Soap Actress category for her role in Bhool.

Today, She has made a big announcement in her Instagram post. Sanam Chaudhry has announced her journey of turning towards Allah and the religious. She posted an Islamic picture with this caption, “My family welcomed me this way, on turning to Allah … This is so heartwarming”.

After the announcement of leaving the showbiz industry, She removed her all pictures from Instagram. She has also changed her Insta profile description. Her new profile description is, “A Muslim, A Mother, and Learning Islam, The Deen of our Creator ALLAH.

Sanam Chaudhry’s fans also congratulated her on starting this beautiful Journey. What do you think guys about this news that Sanam Chaudhry left the showbiz for Islam. Share your thoughts with us in the comment section below. 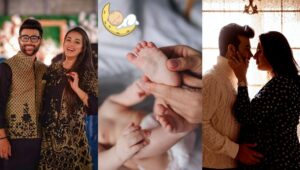 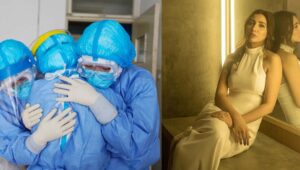