Haroon Shahid is a well-known Pakistani actor, musician, and model. He has appeared in numerous television dramas and films. He received a nomination for Best Emerging Talent for his performance as a selfish lover in the romantic drama Do Bol. However, we’ll get to know Haroon Shahid family members. Here we are going to meet his wife Palwashay and their children.

A Lahore native, he was born on 29 December 1989. He currently resides with his family in Lahore. The attractiveness of his personality and greenish eyes make him a popular figure. He became a household name through his work in Fasiq and Yeh Na Thi Hamari Qismat.

Haroon Shahid comes from a Kashmiri family. There are four siblings in his family, two sisters and a brother. His father is a retired government employee. While his mother is a housewife. There was no one in his family who worked in show business. He is married to Palwashay and has two children.

Haroon Shahid and Ahad Raza Mir have many questions about their relationship. So I want to inform you that Haroon Shahid is the first cousin of Pakistani actor Ahad Raza Mir, as well as the nephew of famed actor Asif Raza Mir.

Haroon Shahid’s wife’s name is Palwashay. It is no secret that she is an absolutely gorgeous lady. Palwashay was born and raised in Peshawar, Pakistan. There is no information available about her exact age or date of birth. Palwashay is a journalist and communications specialist.

Haroon Shahid and Palwashay were college fellows at the same university. They developed a friendship that turned into love over time. Haroon Shahid married Palwashay in a private wedding ceremony in 2011. The couple has two kids, a daughter Mina and a son Musa.

Haroon has a beautiful daughter named Mina. She was born on 22 July 2019.

Haroon is a devoted father and husband. When he’s not working, he likes to spend time with his children. He frequently posts pictures of his family on social media. He often speaks about how much he loves them. Haroon is clearly very proud of his children and their accomplishments.

If you have anything to say about the gorgeous family of Haroon Shahid, please share it with us. We also invite you to subscribe to our Google News feed for showbiz updates and stories about actors. Furthermore, you can read the latest showbiz news and stories on our website, or follow us on Facebook. Thanks! 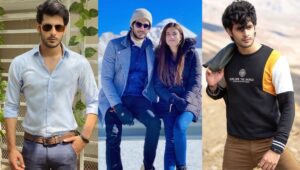 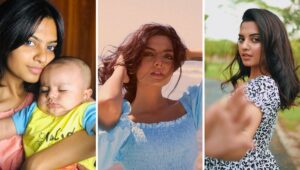 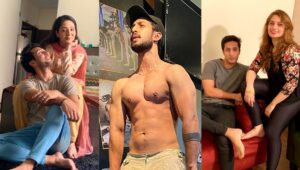 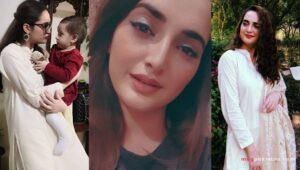 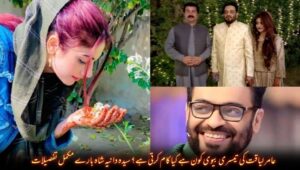 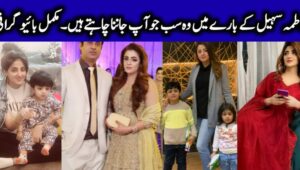