In the latest music video of Rahat Fateh Ali Khan’s song ‘Ankhon Ki Hay Guzarish’, we see the beautiful bond between Reema Khan and Ahsan Khan. The two share a deep love for each other, which is evident in the way they look at each other and the intimate moments they share.

The video is visually stunning, with the two lead actors sharing a deep and genuine connection. The music is emotive and perfectly compliments the visuals. Rahat Fateh Ali Khan’s vocals are mesmerizing, and Reema Khan’s performance is simply stunning.

The video begins with a scene in which Ahsan Khan sketches a portrait of Reema Khan. We see the two of them spending time together, enjoying each other’s company.

In the video, Ahsan expresses his love for Reema through his expressions as he becomes more involved in the song. The two of them together create magical chemistry that is undeniable.

As you watch the video, you will see several scenes in which the two actors share intimate moments with each other. The song itself is a beautiful ballad that perfectly captures the feeling of deep love.

Ankhon Ki Hay Guzarish is an enchanting song that anyone who believes in the power of true love must watch. There is something truly special in Reema Khan and Ahsan Khan’s creation, which is certain to touch the hearts of everyone who sees it. 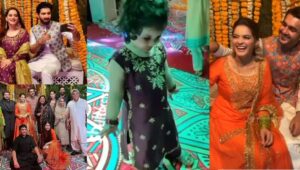 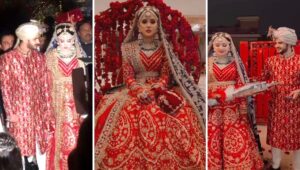 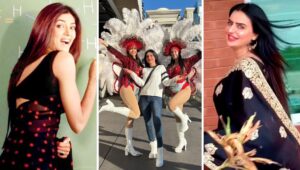